I live in Ecuador and Colombia and many ask why I have migrated legally south. The answer is pretty simple but it is not just one reason for my move. Here are a few examples that influenced my decision to move. We have a government that can’t get anything done because they have all sold out to the highest bidder. Democrats. Republicans and Independents alike.

I have a 6 year old son. I brought him and his mother to the U.S. to experience the American Dream. His mother, a Colombian woman, was afraid to stay in the United States for schooling due to the school violence and drugs. That says a lot when someone accustomed with violence from the past sees what is happening in the U.S. and makes that decision!

In the United States, the Liberals are destroying the American culture. They do not like the history of the U.S. so they change it. Example, the war between the states. Tear down historical statues and outlaw the remnants of history. That”s just fricking crazy.

Uh Oh, did I said Black or Indian…take my business away… Absurd!

On Immigration. Politically correctness? What the hell is that. I do not see one politician I would call correct.

Many call for freedom of speech but when it is not what they agree with they call for punishment against he who speaks his mind.

Hey, it doesn’t matter how many are robbed, beaten by immigrating gangs, or killed by illegal immigrants, they have a right to come in unchecked! That is idiotic!

You stupid Shits. Where is your head! Let them harm one of your family and lets see how you change your tune!

Now here is what the rest of the world is up to on things like Immigration. It doesn’t take hundreds of murders or gangs destroying neighborhoods. They are sensible.

Ecuador is putting new immigration controls in place amid the ongoing Venezuela migration crisis after a Venezuelan man slaughtered his pregnant Ecuadorian girlfriend on Saturday.

Ecuador’s President Lenin Moreno announced Sunday on Twitter that his country would establish new units to monitor Venezuelan immigrants’ legal statuses and would consider clamping down on entry requirements following the gruesome death in the northern city of Ibarra, the first reported murder carried out by a Venezuelan immigrant in Ecuador since thousands have settled there as the Venezuelan economic meltdown stretches into its fourth year.

“I have ordered the immediate setting up of units to control Venezuelan immigrants’ legal status in the streets, in the workplace, and at the border,” Moreno wrote, adding that he was considering a new “special permit” for Venezuelans to enter the country. 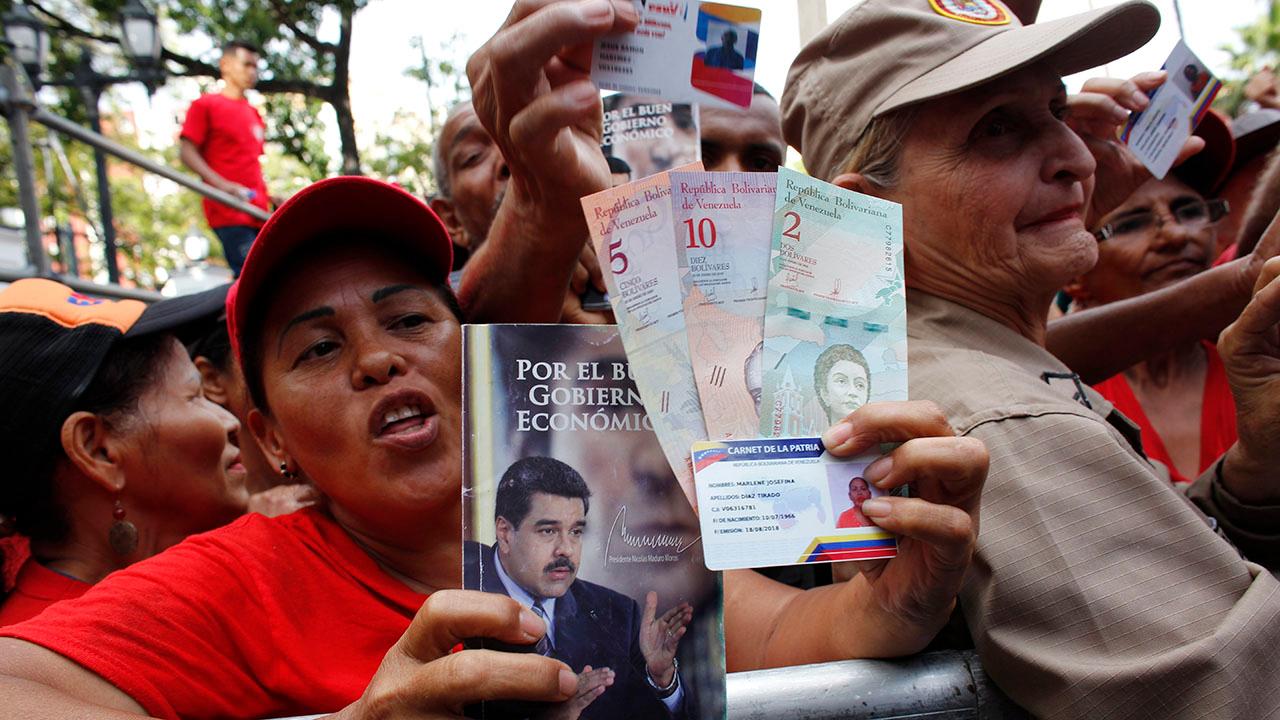 A Venezuelan man held his victim hostage on a bustling street for around an hour last Saturday night before stabbing her to death, investigators said. Although police arrested the alleged perpetrator, Ecuador’s Interior Minister María Paula Romo said she had fired Ibarra’s police chief for not stopping the murder during the standoff.

Until now, Ecuador has maintained fairly open borders for those fleeing severe food and medical shortages in what was once Latin America’s most prosperous oil-rich country, taking in around 1.3 million – although most continue the trek onwards to Peru.

Almost 4 million have escaped into neighboring nations since 2015, creating a mass migration crisis and crippling monetary problems for the region.

Last year, Ecuador’s government announced it was tightening entry requirements to mandate that all Venezuelans entering must present a passport, but the amendment was stopped by a liberal judge who attended University in the U.S.

Timeline of US-Iran relations…Southbound and Down

FEMA – The Dark Underbelly of America. Chapter I

Confessions of a Black Ops Commander

ABOUT US
ChipTatum.com is wnd and operated by Chip Tatum. All rights reserved
Contact us: chip@chiptatum.com
© Chip Tatum
MORE STORIES